Greetings from Amherst! In addition to ECE department news highlighted in this winter’s letter, I would like to speak to some alum and student news.

This past fall we recognized three outstanding ECE alums at homecoming: Gordon (Don) Hutchins Jr. (EE, 1970), Jordan H. Crafts (CSE, EE, 2005), and Juan (Jay) F. Latorre III (CSE, 2007). It was a pleasure to recognize Don’s achievements, wisdom, and good cheer and to recognize Jordan’s and Jay’s accomplishments and the opportunities that both have provided to our undergrads through their tireless recruiting efforts for their respective employers: Lutron and Verizon Wireless.

Two of our recent outstanding alumni recipients, Professors Massoud Amin (B.S. '82, M.S. '85) and Vishal Misra (M.S. ’96, Ph.D. ’00), have been elected IEEE Fellows – a distinction reserved for IEEE members whose extraordinary accomplishments in any of the IEEE fields of interest are deemed fitting for this prestigious grade elevation. Congratulations, Massoud and Vishal!

For 36 hours during the weekend of October 23-25, 2015, the UMass campus hosted almost 400 students from 47 colleges and universities and eight high schools from the Northeast at HackUMass III, an embedded system and software hackathon. Students from primarily ECE and Computer Science organized and hosted the event, with ECE seniors J.C. Davis and Frankie Viscusi co-leading. J.C. and Frankie did a tremendous job, raising over $50,000 of support from industrial sponsors and handling all the soup-to-nuts to make this event a success. ECE alums gave generously through donations and their time acting as mentors and judges. It’s my understanding that HackUMass IV is already being put in motion for October’16.

Before relaxing my hold on your attention, I would like to add three last things: 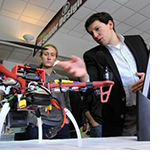 ECE Senior Projects Covered All over the Country
An article triggered by a College of Engineering and UMass News Office release about the Electrical and Computer Engineering Department’s 25th annual Senior Design Day was picked up by the Associated Press and appeared in media across the nation. The Hampshire Gazette published the UMass release, and the AP distributed the resulting Gazette article. Projects ranged from those that help the blind, a “smart kitchen,” digital exercise advice, and an aerial camera for video-taping action sports. The ECE event was covered by ABC’s WCVB-TV 5 in Boston, the Sacramento Bee in California, the Wichita Eagle in Kansas, the Miami Herald, and many other media outlets. 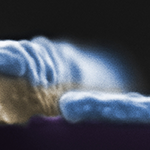 UMass Electrical Engineers Develop Memristive RF Switches
Cutting-edge collaborative work between the research teams of Professors Qiangfei Xia (PI) and Joseph Bardin, both with Electrical and Computer Engineering Department at UMass Amherst, has resulted in a publication in Nature Communications. The title of the article is “Nanoscale Memristive Radiofrequency Switches,” and the authors are Shuang Pi, Mohammad Ghadiri-Sadrabadi, Joseph Bardin, and Qiangfei Xia. The original article can be viewed here. 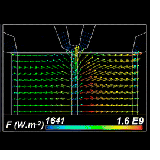 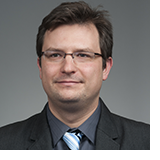 Multi-University Team Receives $2-Million NSF Grant
Professor Zlatan Aksamija of our Electrical and Computer Engineering Department is a co-principal investigator for a multi-disciplinary team of researchers from the University of Illinois at Chicago (UIC), MIT, and UMass Amherst that has received a National Science Foundation (NSF) $1,999,966 grant to study the heterostructures of 2D materials and their thermal properties. The grant was awarded by the NSF’s Emerging Frontiers in Research and Innovation (EFRI) Program, and the research project is entitled “Thermal Transport in 2D Materials for Next Generation Nanoelectronics - From Fundamentals to Devices.” 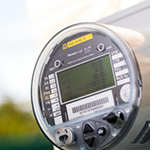 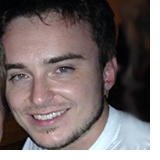 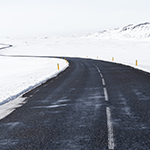 UMass Researchers Develop Portable Weather Stations for Monitoring Massachusetts Road Conditions
Professor Russell Tessier and his research team in the Electrical and Computer Engineering Department have been developing and testing the prototypes of two portable weather stations that can monitor weather and road-surface conditions on Massachusetts highways. The two “Road Weather Information Systems” (RWIS) provide a cost-effective and accurate solution for monitoring road and weather conditions in places where permanent weather stations are not feasible due to costs, accessibility, siting concerns, or rugged terrain. Both portable weather stations have been designed to operate continuously by a battery for 72 hours in the absence of sunlight. 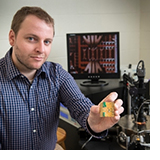 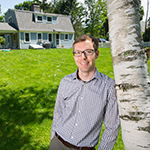 Irwin Directs Team Funded to Build Privacy into Smart Buildings
Experts increasingly worry that smart sensors and other Internet-connected devices found in smart grids and buildings may leak sensitive private information, or hackers might take such data for malicious purposes. With a three-year, $486,524 grant from the NSF, a “shed-like test home” is being built at featuring smart light switches, thermostats, lighting, solar panels, energy storage, a battery array and many other sensors so our researchers can run experiments using different techniques to encrypt data or otherwise protect privacy. The project is under the direction of David Irwin of the Electrical and Computer Engineering Department and Prashant Shenoy of the College of Information and Computer Sciences. 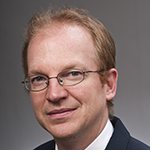 UMass Reseachers Work on Team That Develops the Theory And First Demonstration of Covert Optical Communications
Encryption of a message to make it undecipherable to an unintended observer is often the goal of modern security research. But what if the mere presence of the message is enough to compromise the security of the transmitting and receiver parties? Then, the detection of the presence of a transmission, even if that observer cannot decode the message due to encryption, can be highly problematic. For example, an authoritarian government is not going to allow encrypted messages to go between potentially “dangerous” parties. 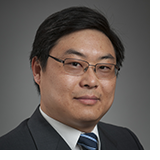 Yang Pulls in $1.5 Million in Grants for Research on the Last Frontier of Computing
One major thrust of Jianhua Joshua Yang’s research in the Electrical and Computer Engineering Department is creating new kinds of memristor devices that, among other uses, can take humans into the so-called “last frontier” of computing: a computer that works like the human brain. No wonder that during his first year as a professor at the University of Massachusetts Amherst, Yang has been awarded three impressive research grants totaling nearly $1.5 million. 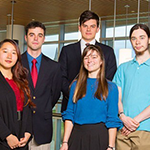