Also, I invite you to peruse the news items included in this winter newsletter. The alumni star of this cycle is Columbia University Professor Vishal Misra (M.S. ’96, Ph.D. ’00). We honored Vishal this past fall with the ECE Outstanding Junior Alumni Award. In addition to his stellar academic credentials, Professor Misra is founder and CTO of Infinio Systems, which won the “2013 Start-up to Watch” award from the Massachusetts Technology Leadership Council.  Moreover, one of our newsletter stories, just hot off the press, describes how Vishal’s doctoral and post-doctoral research at UMass provided the foundations for a solution to the so-called “bufferbloat” problem by inspiring an algorithm that Cisco Systems, Inc. developed and that is to be deployed on most cable modems. You’ll have to read the article to find out just what bufferbloat is!

All for now, and hope you will accept our invitation to visit campus for these spring events. 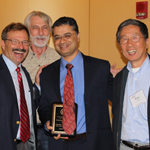 Got Bufferbloat? UMass Amherst Research Is Behind the Fix!

There are few things more frustrating than being on an online real-time phone call when it suddenly gets the jitters, your caller’s voice doesn’t match up to his or her facial expressions, and your conversation doesn’t sync correctly. Likewise, gamers are infuriated when sudden lags cause them to lose at what they’ve been playing for hours. These lags and jitters are caused by a phenomenon known as “bufferbloat.”
Read more » 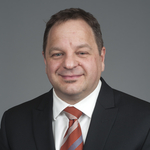 Computer systems engineers Michael Zink and David Irwin of the Electrical and Computer Engineering Department recently received a three-year, $390,000, National Science Foundation (NSF) grant to help create a new instrument for the national research community known as a “cloud laboratory.” Dubbed CloudLab, it will among other things allow scientists to run huge or very complex experiments on an enormous and flexible new shared network of reliable, secure, and fast computers.
Read more » 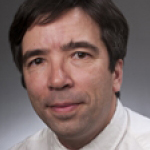 Paul Siqueira of the Electrical and Computer Engineering Department is one of 15 scientists selected by NASA to serve on the Science Definition Team of a $600-million collaborative mission between NASA and the Indian Space Research Organization (ISRO). In a meeting in Toronto on September 30, NASA Administrator Charles Bolden and K. Radhakrishnan, chairman of ISRO, signed two documents to launch a NASA-ISRO satellite mission to observe Earth and establish a pathway for future joint missions to explore Mars.
Read more » 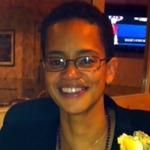 According to an article by the UMass Amherst News Office, the Engineering Center for Collaborative Sensing of the Atmosphere (CASA) at UMass Amherst has a four-year, $2.48-million National Science Foundation grant to study how mobile devices carried in our pockets, bags, and backpacks can serve as the next generation of weather warning systems in the coming decade.
Read more » 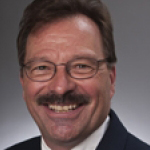 C.V. Hollot, the head of the Electrical and Computer Engineering Department, is a member of the interdisciplinary research team from UMass Amherst and the University of Minnesota that received a four-year, $2.4-million, National Science Foundation grant to study the increasingly complex ways in which content is delivered to users on the Internet and to invent new architectural and algorithmic mechanisms to coordinate these interactions better.
Read more » 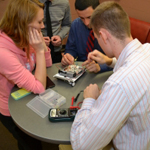 On December 5, Professor David McLaughlin of the Electrical and Computer Engineering Department held his second, annual, end-of-class demonstration of model, collision-avoiding  “smart cars,” as built by the students in his Fundamentals of Electrical Engineering course, ECE 361. The event is a sort of anti-demolition derby, in which 60 model smart cars, built in teams by the 193 mechanical and industrial engineering students in McLaughlin’s class, duck, dodge, and dart across the floor in a choreography of collision avoidance.
Read more »

A holiday feature story and sidebar in The Boston Globe looked at the indoor navigation system to help the visually impaired designed by Aura Ganz of the Electrical and Computer Engineering Department. Her system will be installed in the Arlington Street station of the Massachusetts Bay Transportation Authority (MBTA).
Read more » 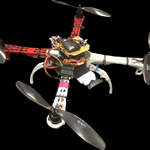 A team of four seniors from the Electrical and Computer Engineering Department has conceived, designed, and is currently building a camera-toting drone aircraft that can hover above a mountain biker, surfer, climber, or any of the country’s 4.88-million action athletes and videotape the performance.
Read more »