Hail to our Alums!

In my position I’m very fortunate to be aware of the accomplishments of our alumni, and with this newsletter I’d like to highlight recent accolades:

Eric Swanson (B.S.E.E. ’82) was awarded the Russ Prize from the National Academy of Engineering (NAE) “for optical coherence tomography, leveraging creative engineering to invent imaging technology essential for preventing blindness and treating vascular and other diseases.” The Russ Prize, Gordon Prize, and the Draper Prize, all awarded by the NAE, are known collectively as the "Nobel Prizes of Engineering." It was my pleasure to have Eric attend our recent faculty retreat, where he spoke on entrepreneurship and integrated optics.

Professor Yong Liu (Ph.D. ’02) of the ECE Department at NYU Tandon School of Engineering was named IEEE Fellow for his contributions to multimedia networks. Yong’s Ph.D. Advisor Professor Weibo Gong said: “Yong is a top student and researcher. I learned more from him than he did from me. I am very proud of Yong’s achievements, in particular being recognized as one of the leaders in multimedia networking, an area I know little about.”

Professor Emmanuel Agu (M.S. ’96, Ph.D. ’01) of the Computer Science Department at WPI led a team of researchers to develop a smartphone app that will alert people when they are too inebriated to drive capably and safely. The app judges the level of inebriation by monitoring how unsteadily the user walks and can also estimate the blood-alcohol level. Emmanuel’s work was recently published in the Journal of Blacks in Higher Education.

Professor Christopher Ruf (Ph.D. ’87) of the Atmospheric Science and Electrical Engineering Departments at the University of Michigan is the Principal Investigator of NASA’s Cyclone Global Navigation Satellite System (CYGNSS), which was launched from an aircraft over the ocean near the NASA Kennedy Space Center in Florida on December 15. CYGNSS uses a constellation of eight small micro-satellites to make accurate measurements of ocean surface winds in and near the eye of the storm throughout the lifecycle of tropical cyclones, typhoons, and hurricanes. Professor Ruf received his Ph.D. while researching in our Microwave Remote Sensing Lab under Professor Cal Swift.

Alums: Please keep me informed of your successes, we’d like to broadcast them on our ECE website.

As always, we extend an invitation to ECE alumni and friends to attend senior design project demo day, from 11:00 a.m. to 2:00 p.m. on Friday and Saturday, April 28 and 29 of 2017, in the Gunness Student Center in Marcus Hall.  We have 28 teams this year, and team websites contain descriptions and documentation of their progress so far. 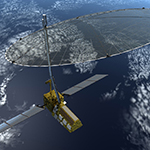 NASA Selects Siqueira as Co-Lead On $800-Million Space-Borne Mission
Professor Paul Siqueira of the Electrical and Computer Engineering Department at the University of Massachusetts Amherst has been selected to serve as one of the Co-Leads for an $800-million collaborative space mission being carried out by NASA and the Indian Space Research Organization (ISRO). Siqueira was already one of 20 scientists chosen to guide the NASA-ISRO satellite mission to observe Earth and to study “Earth Deformation, Ecosystem Science, and the Dynamics of Ice.” 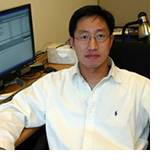 Professor Yong Liu, a UMass alumnus and former Ph.D. student of Professor Weibo Gong of the UMass Amherst Electrical and Computer Engineering Department, has just been elected by the Institute of Electrical and Electronics Engineers as an IEEE Fellow. Liu serves as a professor of electrical engineering in the New York University Tandon School of Engineering and a faculty member of the research center NYU WIRELESS. 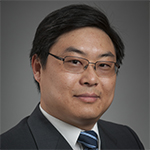 Professors J. Joshua Yang and Qiangfei Xia of the Electrical and Computer Engineering (ECE) Department at the University of Massachusetts Amherst are leading an international team of researchers who are publishing an article in Nature Materials entitled “Memristors with diffusive dynamics as synaptic emulators for neuromorphic computing.” Nature Materials is a premier Nature Publishing Group journal with an impact factor as high as 38.89.

Undergraduate students Patrick Sullivan and Eric Wybenga of the Electrical and Computer Engineering (ECE) Department are members of the first "class" of seven UMass Amherst students to receive scholarships from the National Science Foundation’s CyberCorps program. Both students are Computer Systems Engineering majors. A team of cybersecurity researchers at UMass Amherst, led by computer scientist Brian Levine, received a $4.2 million grant from the NSF to bring a CyberCorps Scholarship for Service (SFS) program to the campus, the first public university in New England to receive such an award. 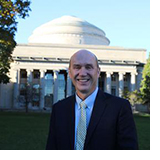 The pioneering research of Joshua Yang and Qiangfei Xia of the Electrical and Computer Engineering Department is attracting international media attention in Scientific American, Science magazine, and many other outlets after being featured in the scientific journal Nature Materials. Yang and Xia are leading a research team that is developing new types of nanoscale devices for microprocessors that can mimic the functioning of a biological synapse, the junction between two neurons in the human brain. The new devices are also energy efficient. 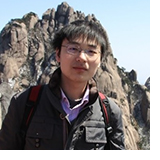 Hao Cai, a Ph.D. Student in the Network Systems Laboratory of Professor Tilman Wolf in the Electrical and Computer Engineering Department, received the best student paper runner-up award at the 25th International Conference on Computer Communication and Networks (ICCCN 2016), run by the Institute of Electrical and Electronics Engineers from August 1 through 4 at the Waikoloa Beach Marriott Resort Hotel in Hawaii. The title of Cai’s paper was “Source Authentication and Path Validation in Networks Using Orthogonal Sequences.” Wolf is the co-author of the paper. 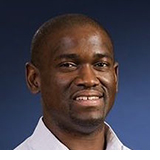 UMass alumnus Emmanuel Agu, an associate professor of computer science at Worcester Polytechnic Institute (WPI) in Massachusetts, is leading a team of researchers to develop a smartphone app that will alert people when they are too inebriated to drive capably and safely. The app judges the level of inebriation by monitoring how unsteadily the user walks, and it can also estimate the blood-alcohol level. 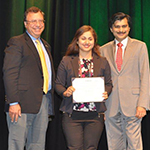 Doctoral student Shirin Montazeri of the Electrical and Computer Engineering Department won the first prize in the electronics area of the Applied Superconductivity Conference Best Student Paper Contest, held on September 5 at the Colorado Convention Center in Denver. The title of her winning paper was “A 220 GHz Compact SIS Receiver Module Utilizing a Broadband High-Gain Ultra-Low-Power IF Amplifier.” 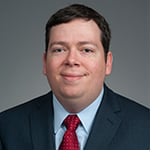 Assistant Professor Marco Duarte of the Electrical and Computer Engineering Department was the co-winner of the Overview Paper Award, recently given by the Signal Processing Society of the Institute of Electrical and Electronics Engineers (IEEE). Award Recipients » 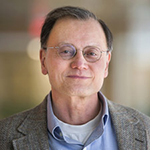 Alumnus Christopher Ruf (ECE Ph.D. '87), now a Professor of Atmospheric Science and of Electrical Engineering at the University of Michigan in Ann Arbor, is the Principal Investigator of NASA’s Cyclone Global Navigation Satellite System (CYGNSS), which was launched from an aircraft over the ocean near the NASA Kennedy Space Center in Florida on December 15. Professor Ruf’s critical position on this historic NASA mission is yet more proof that UMass Amherst is a nationally recognized leader in microwave remote sensing. CYGNSS on nasa.gov »

An Integrated Field Degree in Electrical and Computer Engineering (ECE) will be the first offering in a new global partnership between UMass Amherst and Shorelight Education of Boston that will enable international students to earn a master’s degree at one of the top public research universities in the United States. The joint initiative, called UMass Amherst Global, will launch in the summer of 2017. Read UMass News Office release. 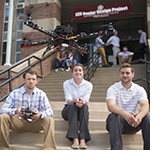 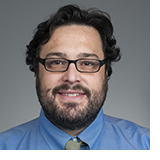 Mario Parente, an expert in the analysis of hyperspectral images and a professor in the Electrical and Computer Engineering Department, plays a critical role in a new $1.2-million National Science Foundation grant to apply recent advances in biologically inspired deep learning methods to analyze large amounts of scientific data from Mars. Parente’s research on hyperspectral camera images is being applied to direct the analysis of data gathered by a NASA orbiter, which is currently examining the chemical composition of rocks and dust on Mars.